Ipswich eating out with food allergies 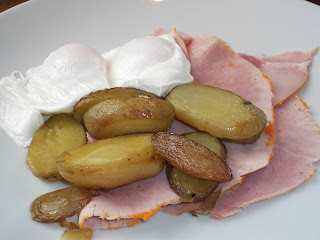 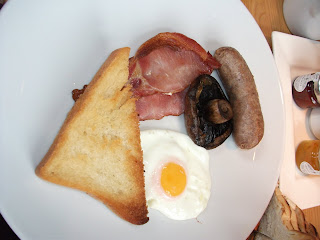 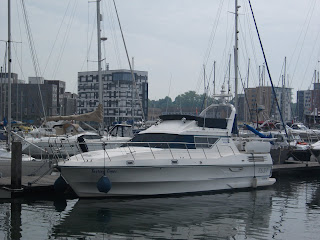 In stark contrast to New York, we found ourselves in Ipswich in East Anglia. We arrived by train at lunchtime and explored the town for somewhere to eat. Everywhere seemed to be full of paninis, sandwiches or pizzas or else, rich food covered in creamy sauces - no good for gluten free or dairy free. When I asked a couple of locals for some ideas, they agreed that there were few lunchtime places in Ipswich that didn't just serve sandwiches and bread-based fare!

We spent an hour trailing the streets until the only outlet we could find was Just Spuds in the Buttermarket shopping complex. I had tuna mayonnaise baked potato and Ray had plain tuna - after we reiterated we didn't want any butter on the potatoes.

Are there any restaurants serving gluten free and dairy free dishes at lunchtime, we wonder?

After lunch, we wandered round the market where there was a huge stall selling bread and cakes. Ray asked whether the apple strudel had any dairy in it and the man showed him the cardboard box listing all the ingredients and amazingly there was no dairy! When I asked whether there were any gluten free products, he said no and added "It doesn't taste nice". So Ray lucked out and enjoyed his apple strudel while I had a banana.

That evening we attended a friend's special party at the Christchurch Mansion, Christchurch Park, a spectacular venue for a party with lots of dancing! Fortunately we had no problems with the food as there was plenty of sushi and salads. We had to pass on the birthday cake.

We were staying at The Salthouse Harbour Hotel http://www.salthouseharbour.co.uk/ a swish modern boutique hotel with fab views of the harbour. The harbour was so picturesque, it felt we were somewhere like Nice, France, rather than Ipswich. Everything was idyllic except at 2am when someone had set off the fire alarm. So we ran down six flights of stairs (me in my nightie and raincoat) and stood about for 20 minutes while a member of staff tried to turn it off - he eventually managed this with the aid of a screwdriver!

At breakfast, I asked whether they had any soya milk and was told no, but that if I had contacted them in advance, they would have arranged this.

Ray wanted the Suffolk Grill, but asked whether the mushrooms were sauteed in butter and whether there was any dairy in the sausage which she checked and fortunately there wasn't any. The Suffolk Grill comprises Denham Estate rare breed sausage and bacon, fried bread, grilled tomato, mushroom and fried egg.

I had local cooked ham with poached egg and sauteed potatoes, as well as fruit salad.

Ray asked them to check whether the bread had milk in it and was told they couldn't guarantee it as it comes from a baker who supplies it cling wrapped but they didn't think so. Ray decided to risk it - but all was ok.

On the rail journey back, all we had was a packet of crisps and an Eat Natural bar (which we'd brought with us) as everything in the National Express buffet bar was bread-based. C'est la vie!