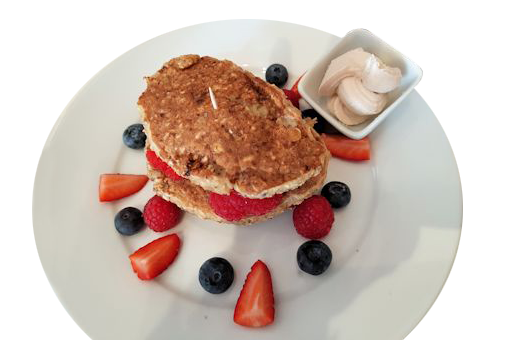 The Allergy and Gluten Free Show May 11 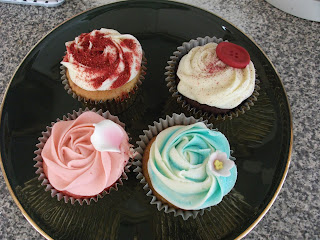 As a gluten free person, when was the last time you bought a sandwich to go for lunch? For me it was years ago so what a delightful surprise to be able to buy one today at the Allergy and Gluten Free Show at London's Olympia. The gluten, wheat and dairy free "hoomoongooes crunch" comprised coriander, houmous, red pepper, celery and cucumber in gluten free bread, courtesy of http://www.freshnaturallyorganic.co.uk/ - more please!

Being at the show was like "nirvana" because, as a wheat, gluten and dairy free person, there was so much I could sample and eat!

Hurrah! I've found the UK equivalent to Babycakesnyc in New York - it's Sweetcheeks http://www.sweetcheeksltd.co.uk/ with its tantalising display of gluten, wheat and dairy free cupcakes at the show with funky and glittery icing - one cupcake even had a giant red button on it (see picture)! Business owner Catherine Rose says she wants to diversify from cupcakes and had already sold 36 doughnuts when I caught up with her. "Cupcakes are beautiful and they sell but I want to offer hearty British food like banana bread, pies and crumbles and carrot and onion muffins. I'm currently looking for premises so I can open a tea room." All I can say is Catherine - bring it on! She describes herself as 'a self diagnosed coeliac' and found it a shock switching to a gluten free diet. "I missed sweets so when I visited Babycakesnyc I was inspired by their creations and thought I could introduce something like that here." After developing her recipes, she set up on her own in September 2009. "Some companies make gluten free cakes by just substituting wheat four with gluten free flour, but we don't do that. Our cakes mostly use on saturated fats and use agave nectar."

Catherine sells her wares at Brick Lane on Sundays and Marylebone High Street on Saturdays. She will also be at the forthcoming Hampton Court Foodies Fair http://www.foodiesfestival.com/

Another great find was the Golden Bread Mix from WAGfree Bakery in Brixton Village Market, London. This comprises brown rice, tapioca, almond flour and flaxseed. Just add live yogurt, egg, sunflower oil and water to make gluten free bread. Dairy free alternatives to yoghurt are given -for example soya yogurt. WAGfree Bakery http://www.wagfreefood.com/ was started by David Scrace who was diagnosed as a coeliac four years ago. "I looked around at what was available and it was unpalatable," he said. He joined forces with Edward Barrow, a chef and developed a range of products and opened the cafe in November 2010. "Anyone can make gluten free cakes," he said," but pastry is very difficult and that's what we excel at. We also make fresh filled pasta and pies. I'd like to see a WAGfree on every street corner." You can buy the mix from the web site - or better still, visit the Bakery at 26 Brixton Village, London SW9 8PR.

Dairy chocolate is usually very difficult to find, but at the Show there were several options. Celtic Chocolates http://www.celtichocolates.eu/ was showcasing its range of dairy free chocolate including the delicious Caramel flavoured chocolates under the 'Choices' brand - truly scrumptious. No wonder they were highly commended in the Free From Awards http://www.freefromfoodawards.co.uk/ The Awards had its own stand where I caught up with Michelle and Cressida, took part in a survey and sampled a Clearspring tamari and black sesame rice cake - yummy!

First time exhibitor Moo Free http://www.moofreechocolates.com/ sampled its chocolate, made with rice milk, which was very creamy. Started up by Andrea and Mike Jessup, they have introduced a range of child-friendly chocolates including a forthcoming advent calendar and chocolate Santa for Christmas.

On the Genius Foods stand http://www.geniusglutenfree.com/ it was great to hear that the new Genius range of gluten and dairy free seeded rolls and teacakes will be in Tesco as from 16 May. A new range comprising gluten free sausage rolls, shortcrust pastry, peppered steak slices, Cornish slices and steak and ale pies is on the horizon. These are all gluten free, but not dairy free. Newcomer Fria http://www.fria.se/ was making an impact with its delicious gluten free cinnamon buns, mini baguettes and dark loaf with linseeds. Fria is the biggest Swedish gluten free company and wants to establish itself in the UK. Monika Agorelius, who is a coeliac, said "It's common in other countries to sell gluten free bread frozen, but not here, but it makes sense to buy it frozen as you can use it as you go along and not waste any of it." Fria products can be purchased from www.gffdirect.co.uk and from Scandinavian Kitchen www.scandikitchen.co.uk as well as John Lewis food halls in Oxford Street and Bluewater.

It was good to see Sainsbury's giving 'free from' demonstrations of recipes such as Asian Fishcakes and chewy flapjacks. To my astonishment, Marks & Spencer had a stand - I found the bread dry, a bit like blotting paper and the cake unfortunately has dairy in it, so no good for my husband. It's good to see they are trying to participate in the 'free from' arena.

The Allergy and Gluten Free Show is on over the weekend - a visit is well recommended!